Ever find a stash of something useless and wonder why the hell you kept it? I came across this blast from the past in the back of my filing cabinet. A large envelope filled with paper bunnies that were used for a fundraiser to go with the telethon & auction I helped organize for the cable tv station I worked for many years ago to raise money for the local soup kitchens. This was an annual event co-sponsored by Omnicom Cable and the Hamtramck Rotary Club. The bunnies, designed by a local artist who was also a producer of a local public access tv show, were used to display donor names much like what other charities do. I can understand maybe keeping one or two as a memento of a past production, but a whole envelope full? Must have been one of those things where when you’re moving locations, you just stuff things in boxes and figure you’ll sort them out later and it just never got sorted. 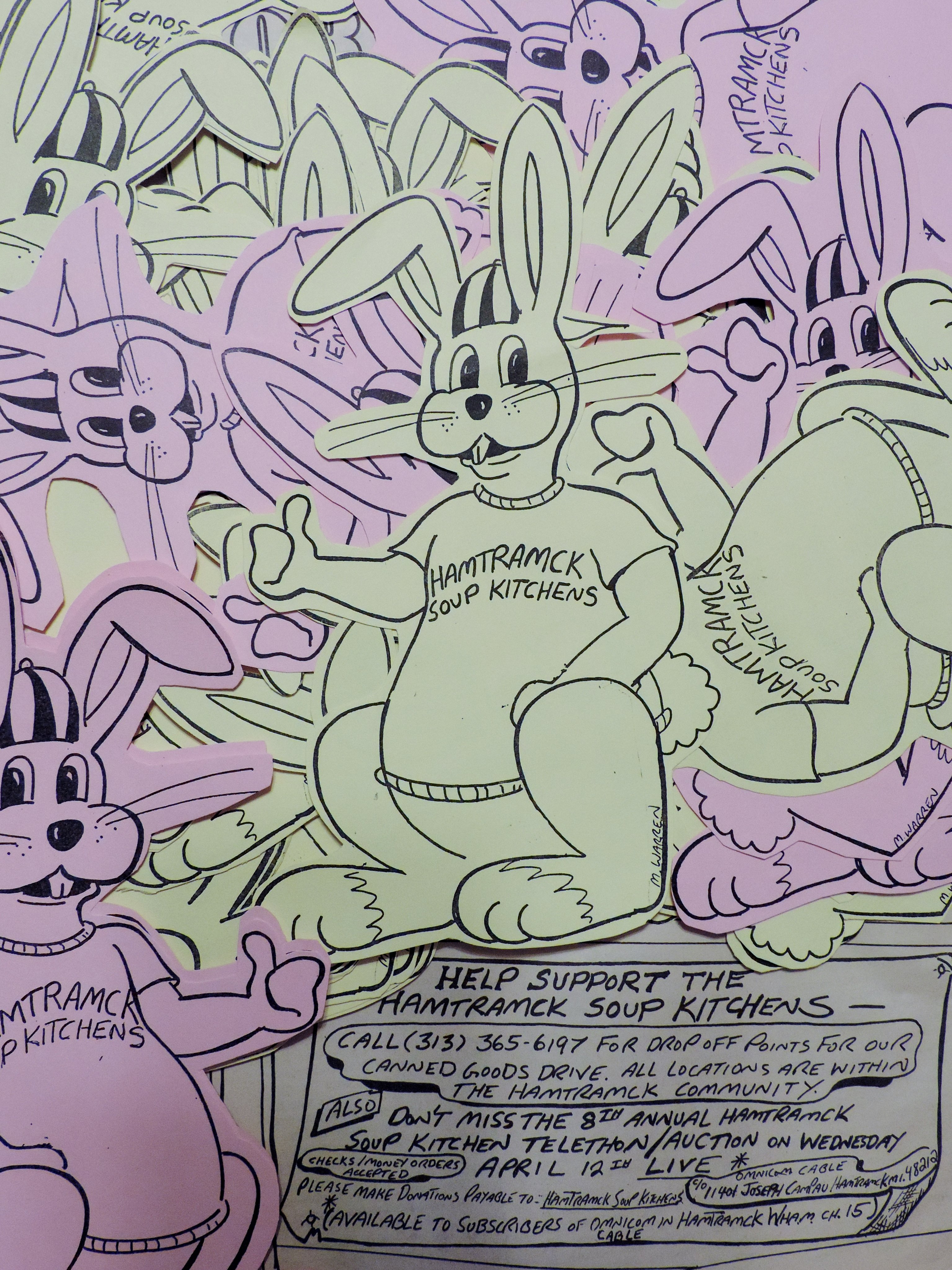 I remember these telethons well. First worked on them as an intern running cameras for the remote b-roll footage to be inserted into the live broadcast as well as other production assistant duties. A few years later, when I got hired on officially at Omnicom, my role expanded a bit and I was put in charge of contacting tv networks, movie studios, and sports organizations to ask for items for the auction, helping to write the script, produce and edit the b-roll inserts. Funny thing though with tv is that you work for weeks on getting everything together to make sure you have a good production and then in a flash, the production is over with and mission accomplished.

I am an open book. My pages are just stuck together.
View all posts by DarkPhoenix →
This entry was posted in Entertainment, Uncategorized and tagged blast from the past, bunnies, charity, clutter, fundraisers, Hamtramck, live production, live television, memories, Omnicom Cablevision, paper, past, production, stash, television, TV, tv production, useless, WHAM-15, why did I keep this?. Bookmark the permalink.

This site uses Akismet to reduce spam. Learn how your comment data is processed.